The original Harrington
The name Harrington comes from a character in the legendary American series from the '60s, "Peyton Place", where Ryan O'Neal played a character named Harrington, who always wore a short jacket with a tartan lining. The style became a sensation and it came to embody youth culture at the time. The style was later adopted by the punk and rock underground, taking an item first designed for the bourgeoisie and making it a key element of anti-social culture. Elvis Presley wore the style on stage, as well as The Clash, Liam Gallagher, and Frantz Ferdinand. Steve McQueen wore the style in his private life, as has Daniel Craig. Suffice to say that this jacket has become a must have. And that is what caught the eye of a young Frenchman in 1985, who reworked this London basic and make them available in different versions. Absolutely English but totally in style. 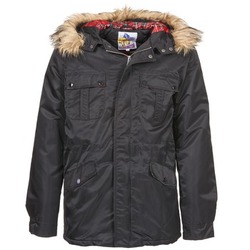